A NaNoWriMo postmortem, 2010 in numbers

It’s finally December, and with National Novel Writing Month over, I thought it would be fun to put up some statistics about how the month went for me. Let’s look at those word counts! 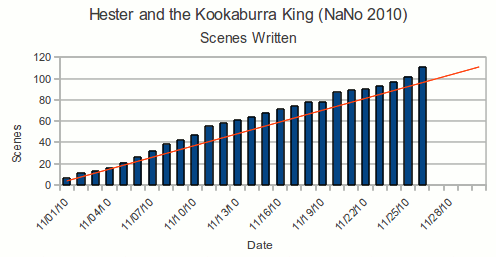 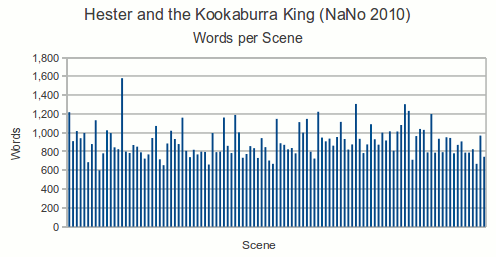 In addition to the text in the scenes themselves, there were 231 words of titling in the story.

Just for comparison’s sake, I’ve whipped up these charts to show how well I did my first two years doing NaNoWriMo. 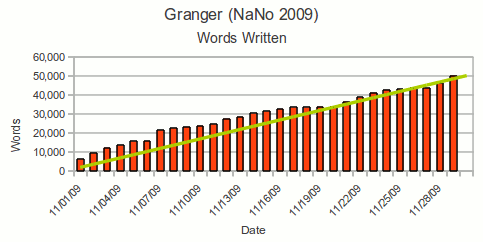 My first year for NaNoWriMo, and I got 52,644 words out of head and into that text file. 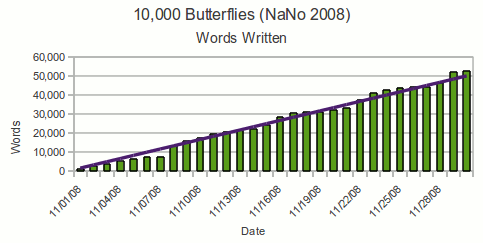 And because I couldn’t resist, here’s all three years side by side. 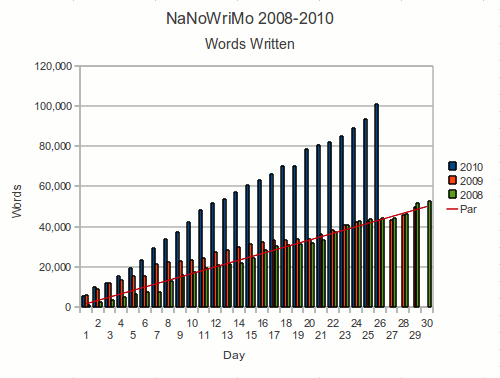 Eventually I’ll get around to posting a more qualitative postmortem for this year’s novel writing adventure.

Note: The program I used this year, FocusWriter, while awesome in many respects, had one little flaw; namely that it counted hyphenated words (guard-mouse) as two words. The algorithm that NaNoWriMo uses (wc -w on unix systems) does not. I didn’t realize this until the middle of the month, so all of my numbers are slightly inflated. For example:

So overall that’s 689 hyphenated “extra” words, which I think is statistically insignificant enough to ignore. Since I don’t have the “real” numbers for each day, there’s nothing really I can do about it now. Anyway, onwards!