It’s #MARCHintosh, a time for retro-computing enthusiasts to celebrate their passion for classic macs.

In Part II of this series I took my first look at my newly acquired Macintosh SE/30. I’d cleaned the external surfaces and even took off the case for a quick peek inside, but I hadn’t taken anything out yet.

The next thing I wanted to do was to take a closer look at the motherboard. It’s located on the very bottom of the machine, which you can see once I’ve removed the RFI shielding:

To remove the motherboard, you first need to disconnect the power, speaker, and drive cables. It’s a fiddly bit of work because you have to reach in past the monitor yoke and hard drive and pull out the cables from the top. But once that’s done the board slides completely out:

Overall the board was in pretty good shape. The PRAM battery hadn’t exploded, and you can see that yes, the capacitors have already been replaced as per the original listing. Zooming in however, you can see that there’s still a good deal of grime and dried capacitor goo: 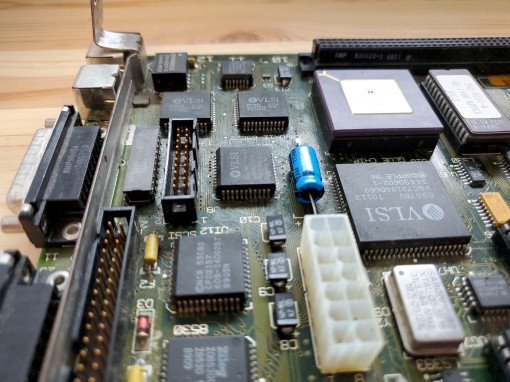 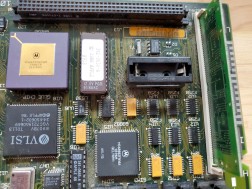 The first order of business was to try and clean things up a bit. I got out a toothbrush and a bowl of isopropyl alcohol and started meticulously scrubbing away. At first I was annoyed that the previous owner hadn’t bothered when they’d recapped the board – but after an hour of hard scrubbing I decided to give them the benefit of a doubt. That goo (technically electrolytic liquid) is pretty nasty stuff, so I shudder to think what it could have looked like before.

Anyway, after the cleaning, I decided to take a look at the RAM slots:

There’s eight total slots, currently populated with four 1MB sticks. According to the original listing the other four slots don’t work, but I don’t have any other sticks to verify that. I gave a cursory look over the traces to see if any were damaged, but I didn’t see any obvious problems. The only thing left to do at this point was install to a new PRAM battery and move on:

Next I turned to the drives. The hard disk is mounted in a caddy on top of the floppy drive, and with the cables already detached I simply removed both as a single unit: 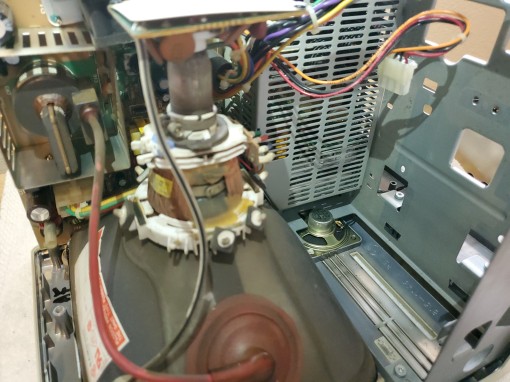 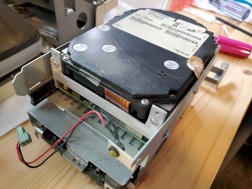 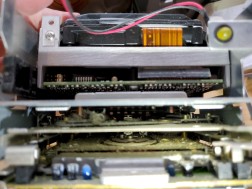 With the caddy removed I separated the two drives so I could give them both a cleaning with a wet cloth and some compressed air: 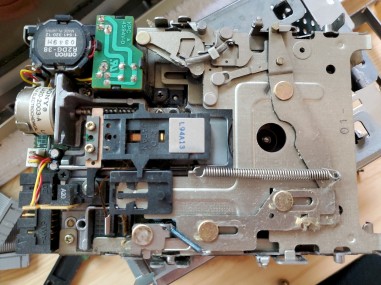 I don’t have much hope for the hard drive. Even if I knew how to repair it, it would only be worth doing if it contained personal data I was trying to recover. I do however intend on keeping the floppy drive in good working order. I know at some point I’ll need to give it a thorough overhaul and lubricate all the moving parts, but I’ll save that as a project for another day.

Well, that’s enough for this post. Stay tuned for Part IV, where I start planning our the upgrades!

2 thoughts on “My Mac SE/30 Part III: Motherboard and Drives”